With almost one hundred and five million inhabitants, Egypt is the most populous state in the Arabic-speaking world and also the one with the largest Christian population, with 20 million believers, approximately 20% of the total population. The Coptic Christians, the vast majority of whom are Orthodox, are the Christians evangelised by the apostle St Mark in the first century, descendants of the peoples of Ancient Egypt, Aegyptus, from which they derive their name and language.

Since then, they have alternately undergone cycles of persecution and relative calm. Generally speaking, they are treated as second-class citizens and a number of professions are forbidden to them. Many of them live only by sorting waste in totally unhealthy shanty towns, deprived of water or electricity, in the middle of rubbish. One third of them cannot read or write and earn about 1 euro per day.

In 2011, in the wake of the “Egyptian Revolution”, anti-Christian acts multiplied under pressure from the Islamists: attacks, arbitrary imprisonment, murders, vandalism, looting, discrimination, etc.

The horror is progressing slowly but surely.

Thus, in 2015, the images of 21 Egyptian Christians dressed in orange and kneeling on a beach in Libya and then having their throats slit by soldiers of the Islamic State organisation went round the world. In Egypt, in churches and homes, in schools and businesses, brotherhood and solidarity, silence and prayer respond to violence. The Copts are still standing.

Insecurity, persecution and extreme poverty… The daily life of Egyptians living in the suburbs of the country’s major cities, in Upper Egypt and in Sinai, where the Islamic State Organisation is now active, is bleak. It is in this context that SOS Chrétiens d’Orient first set foot in Egypt in January 2016. Since then, its teams, seconded to Cairo on a seasonal basis, have been providing an emergency response, developing social and economic support projects adapted to isolated, abandoned and marginalised Christians.

In 2018, following in the footsteps of Sister Emmanuelle in Egypt, SOS Chrétiens d’Orient perpetuated its mission and set up a permanent presence in the garbage collectors’ slum of Ezbet El Nakhl in Cairo, where 60,000 garbage collectors are holed up in precarious buildings. It then extended its activities to Alexandria, then to the remote Christian village of Deir Rifa in Upper Egypt and to the slum of 15 May, where 500 Christian families live on piles of rubbish in an unbearable smell.

By living with the excluded and the poorest of the country, by sharing their daily life, the volunteers of the mission are in the front line to help the Christian garbage collectors so dear to Sister Emmanuelle and to her faithful assistant Doctor Adel Ghali, always mobilized at the sides of SOS Chrétiens d’Orient.

VOLUNTEER WITH US
IN EGYPT
I WANT TO BECOME A VOLUNTEER

Our projects in egypt 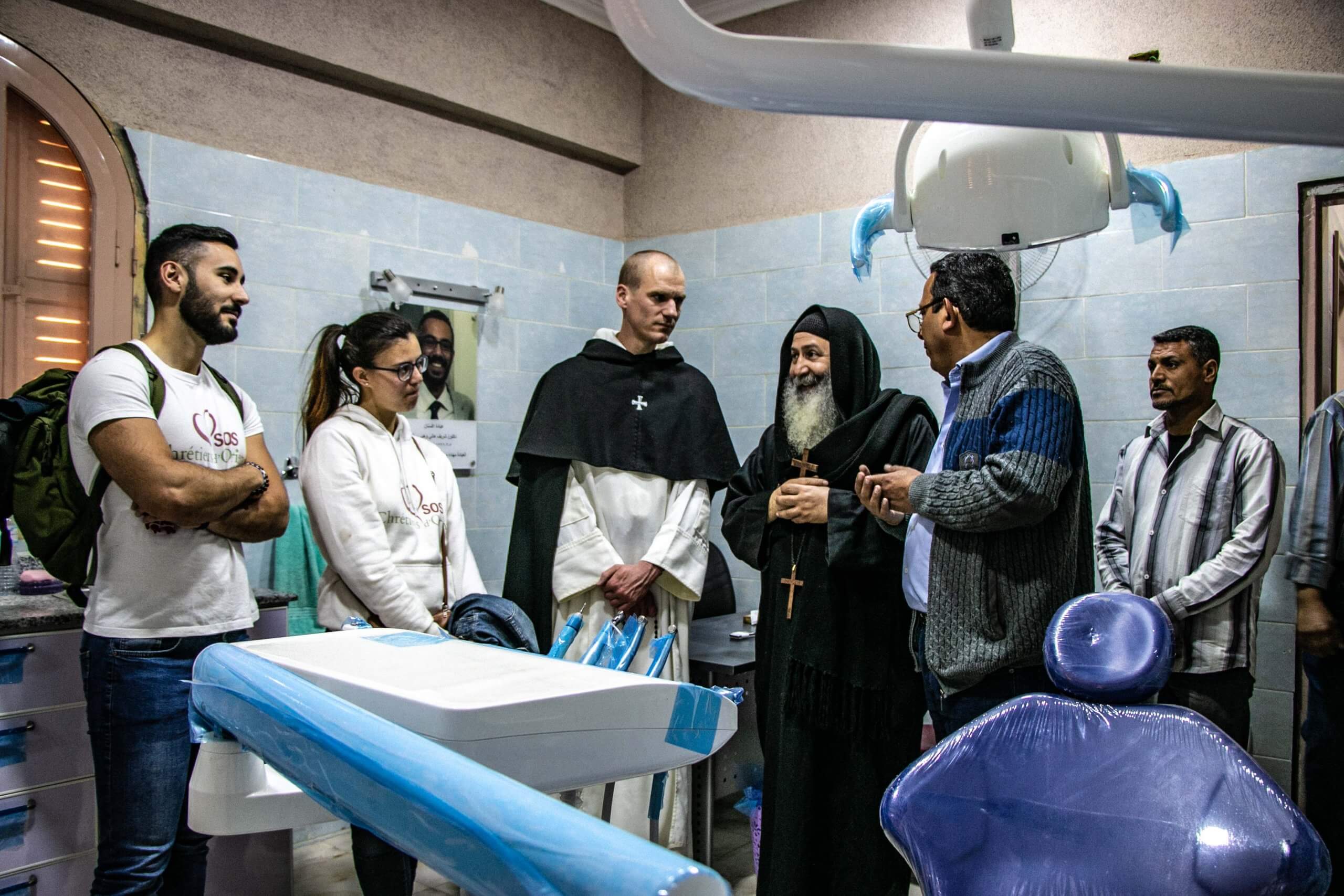 Build a hospital in a slum 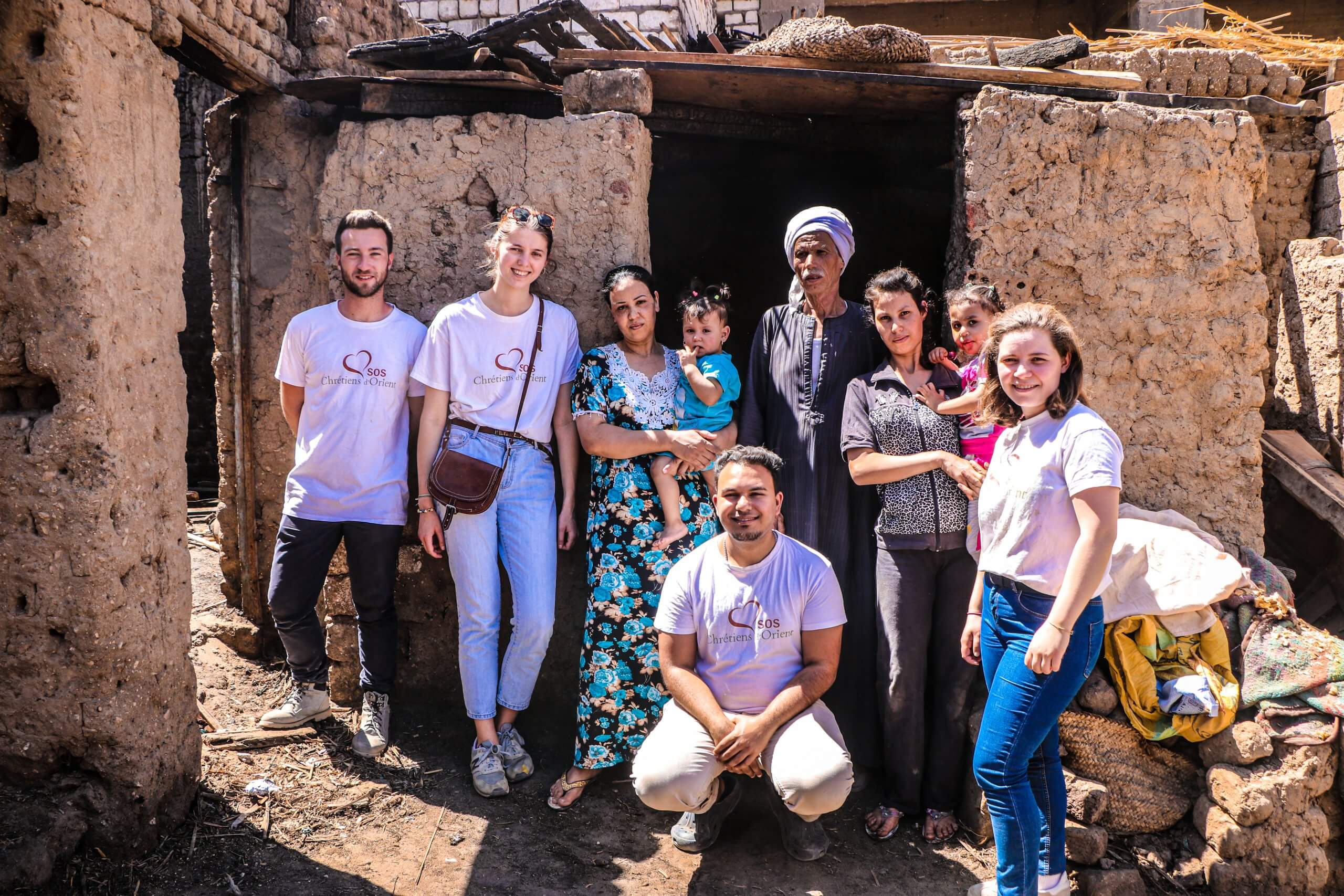 Feeding the sons of the first Christians in Egypt 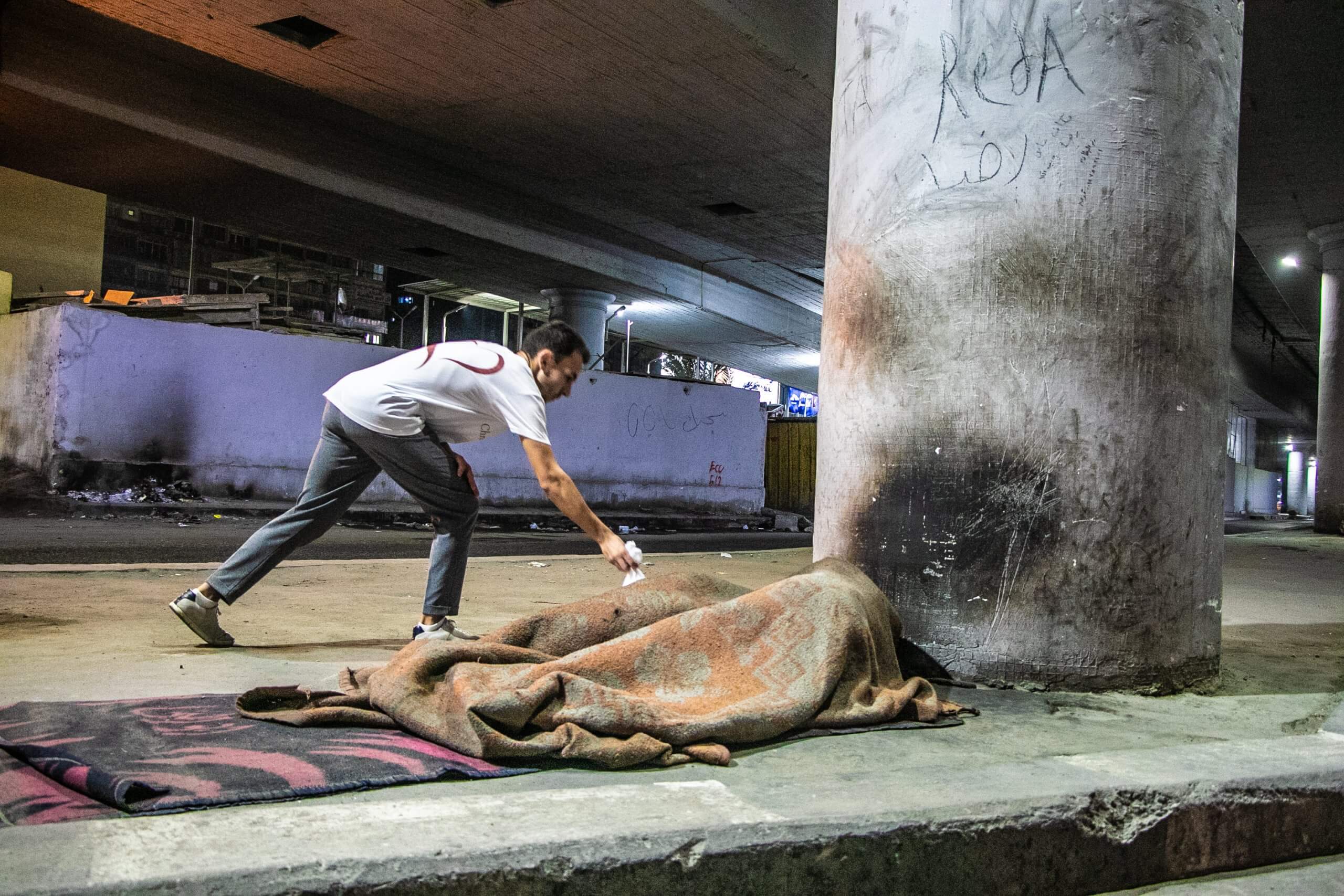 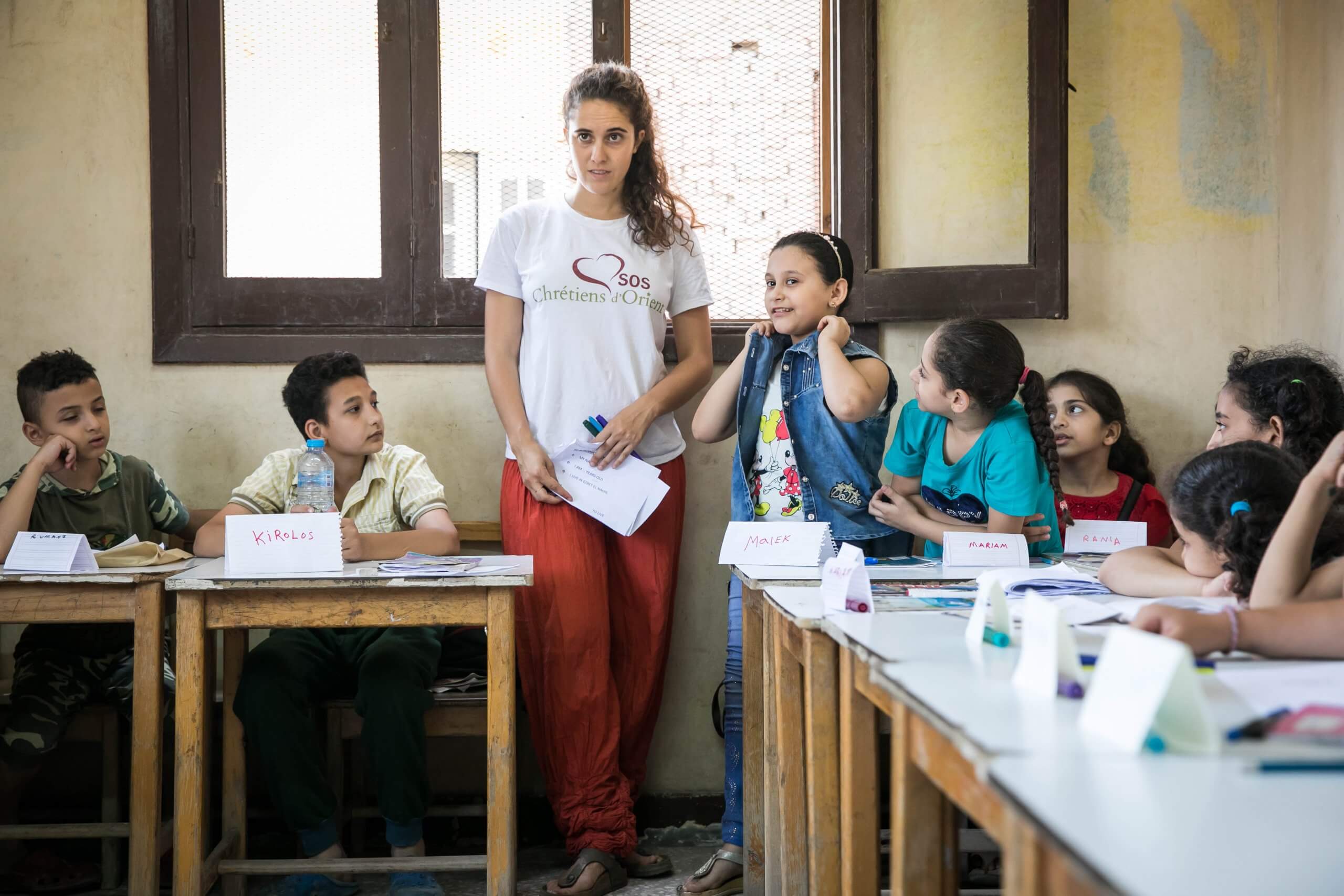 Schooling a child of garbage collectors

key figures of the mission 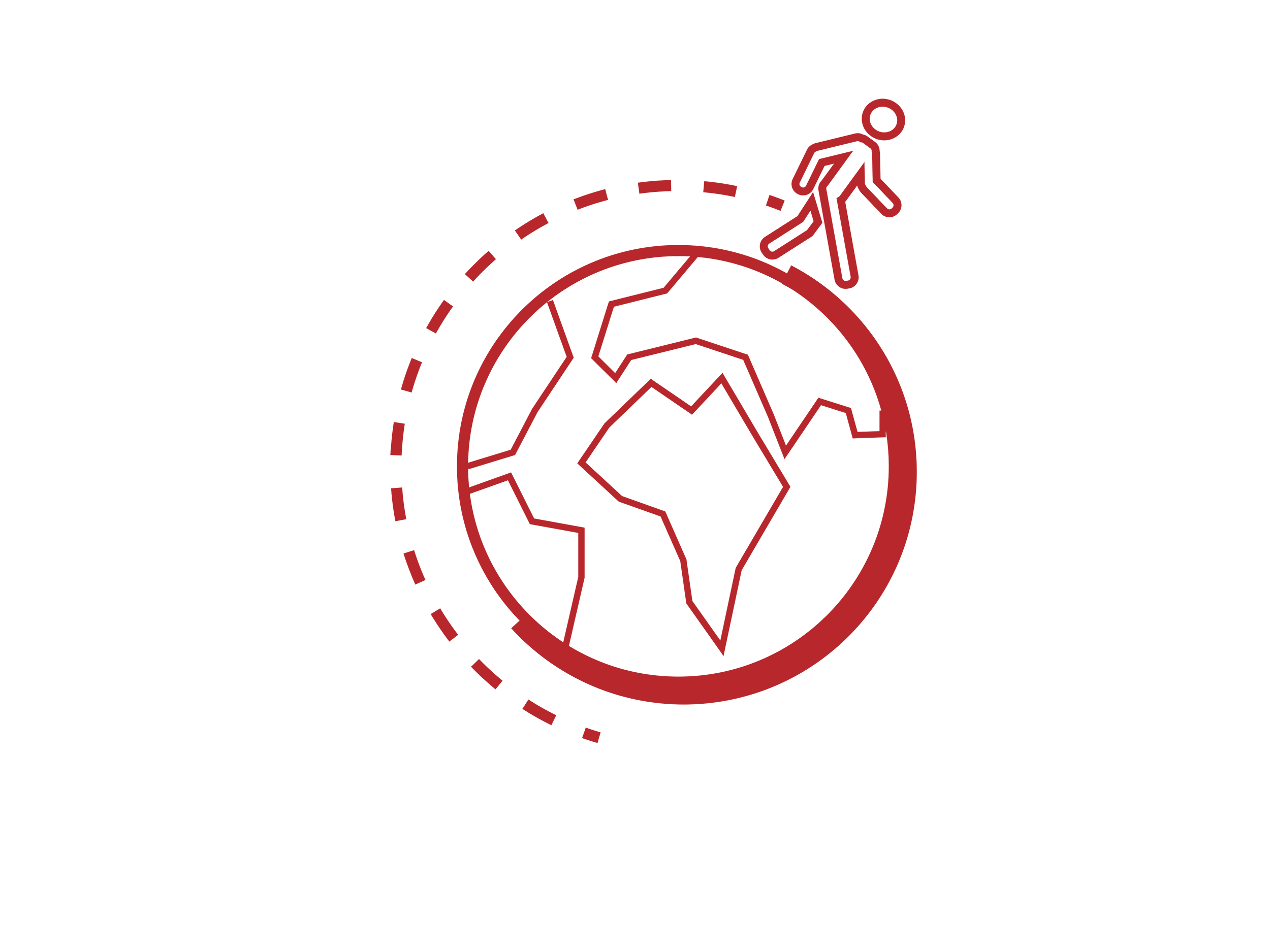 300
children enrolled in school each year 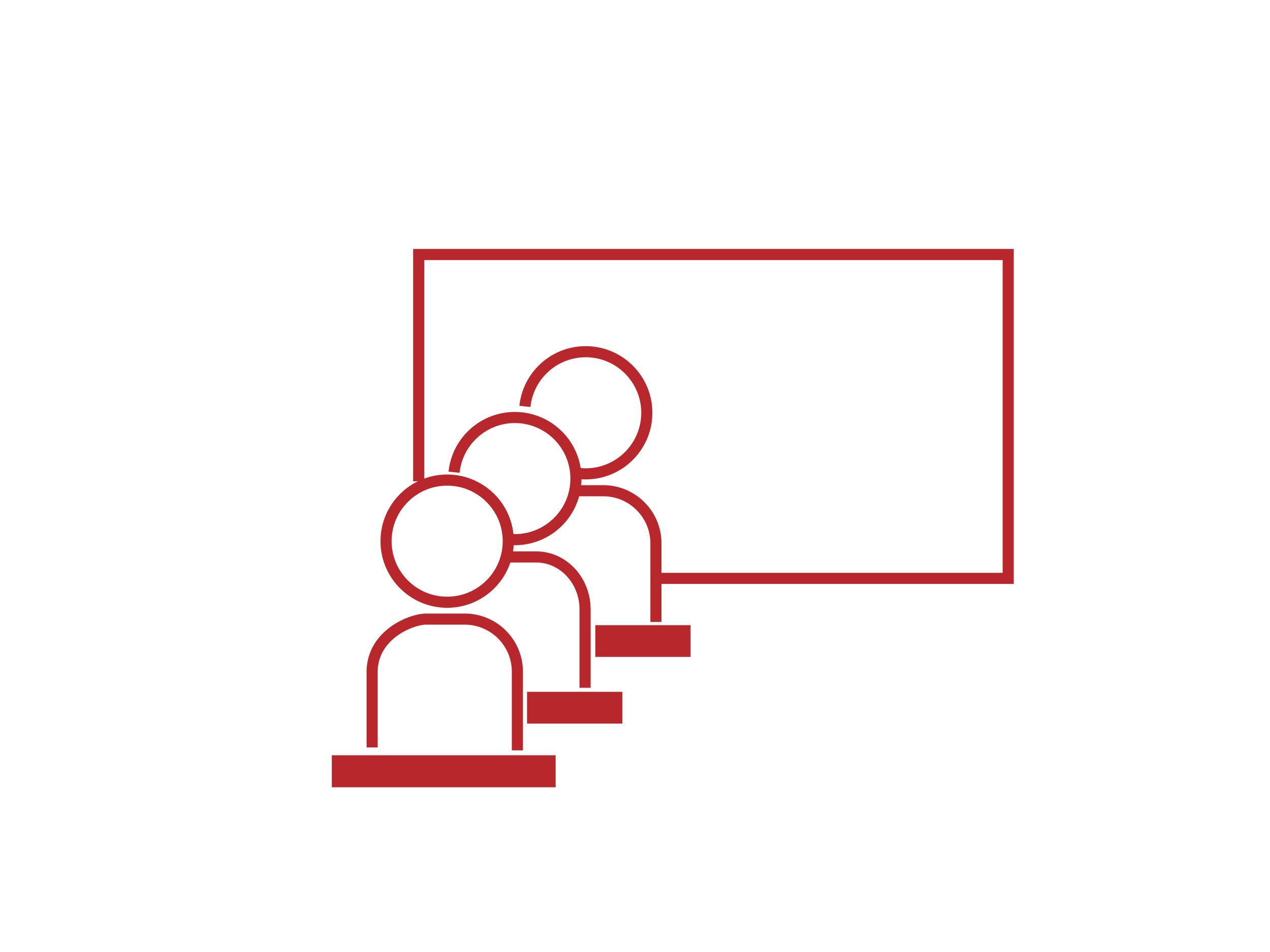 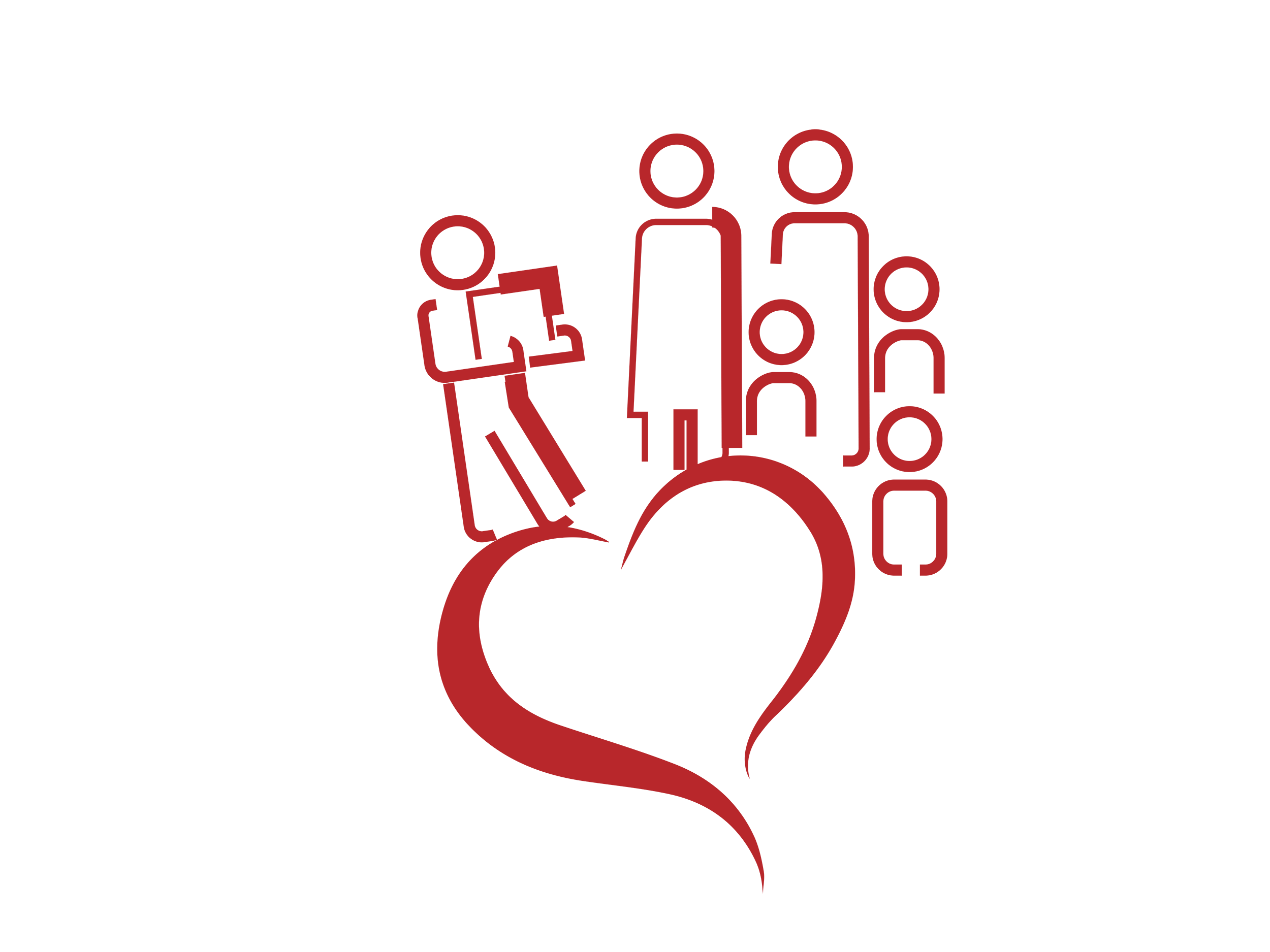 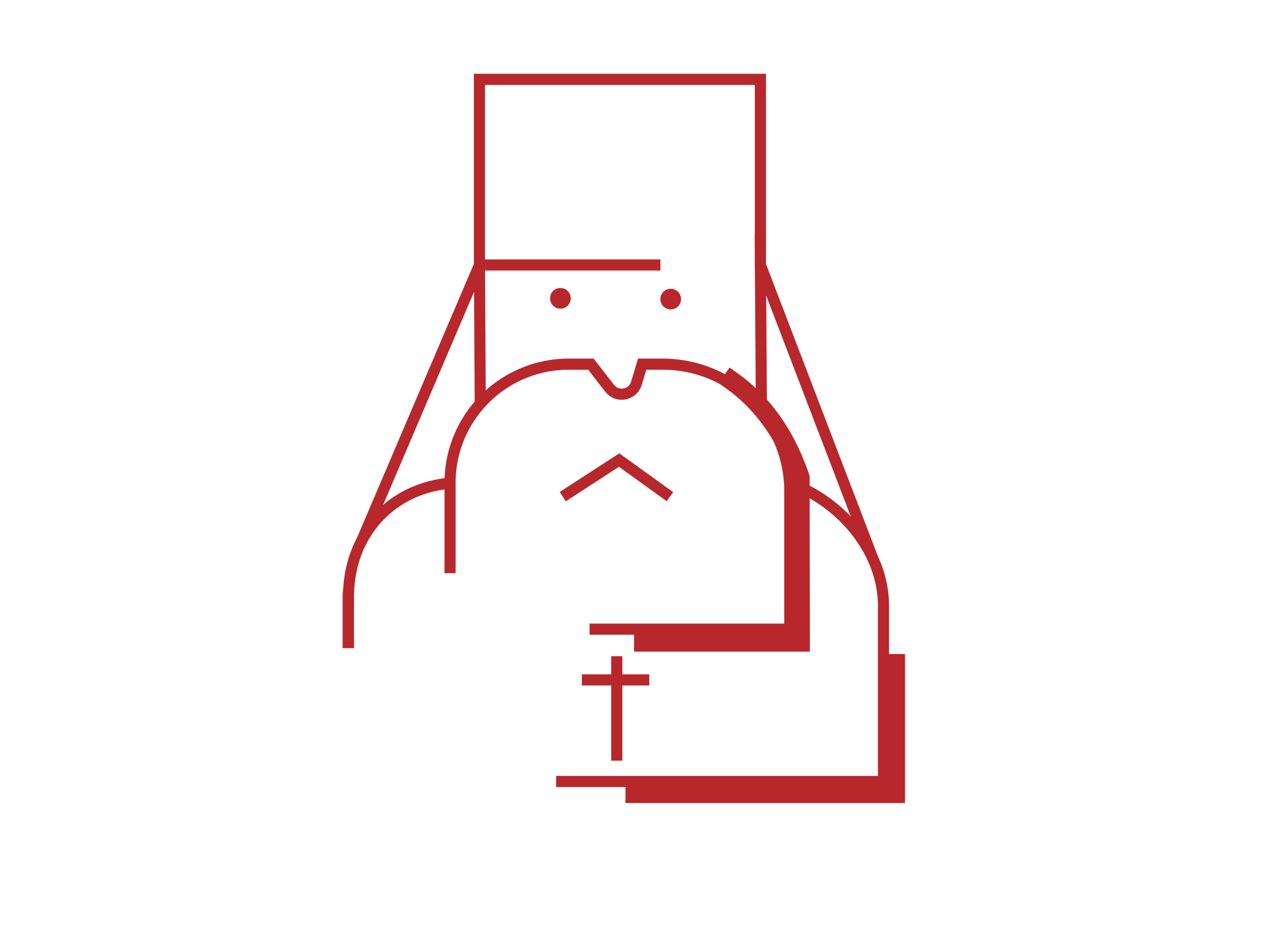 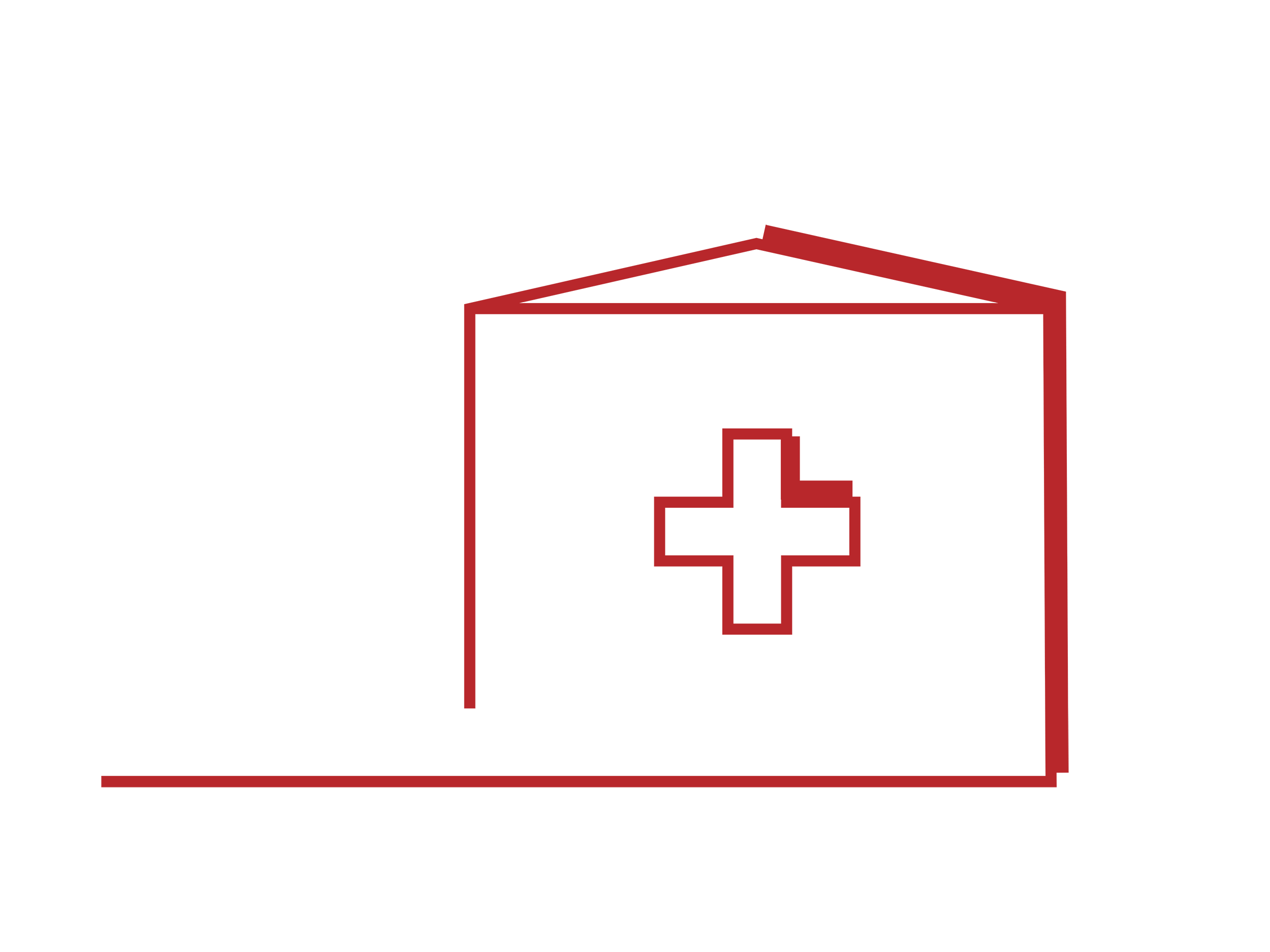 3,5
tons of food distributed per month 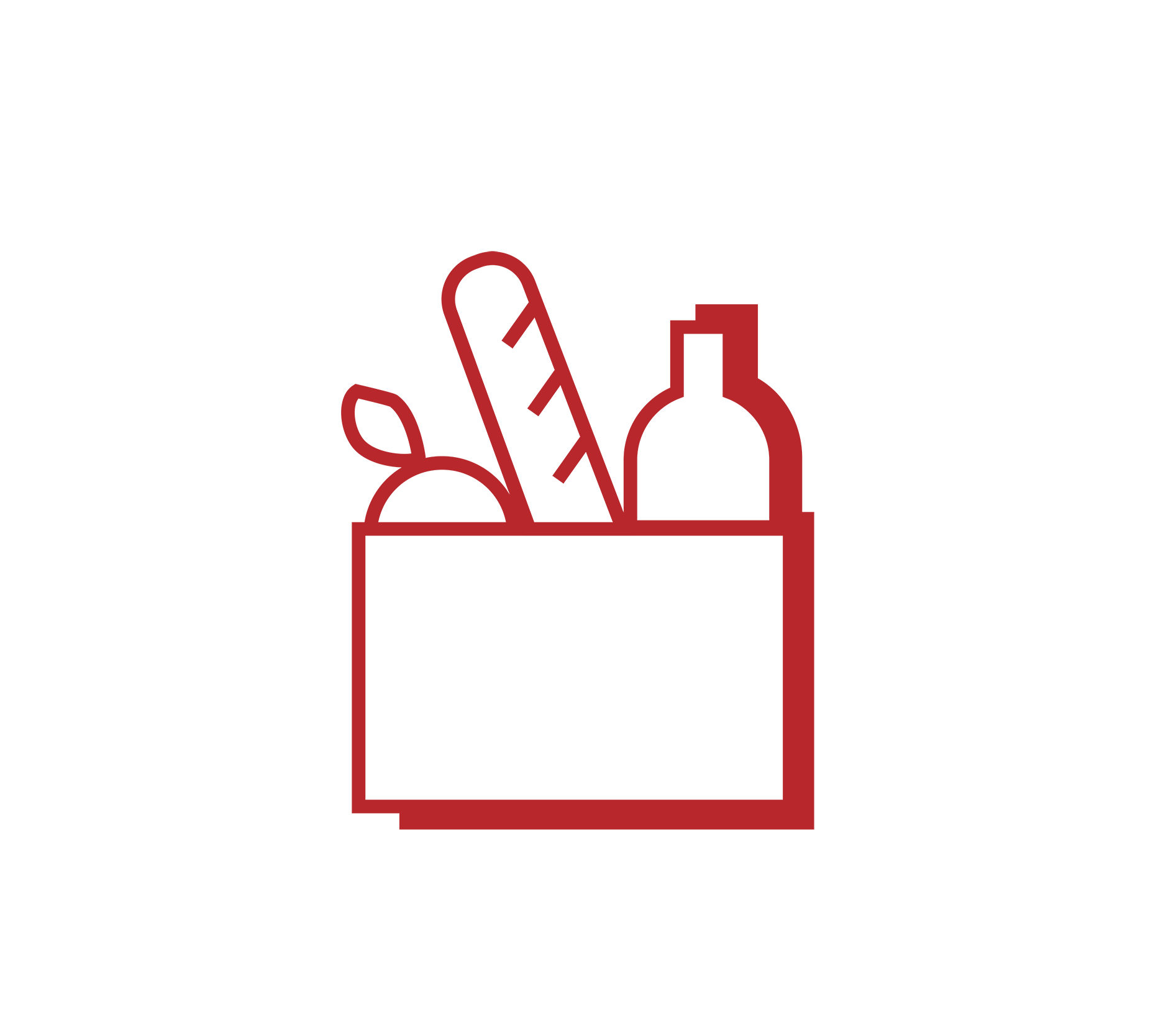 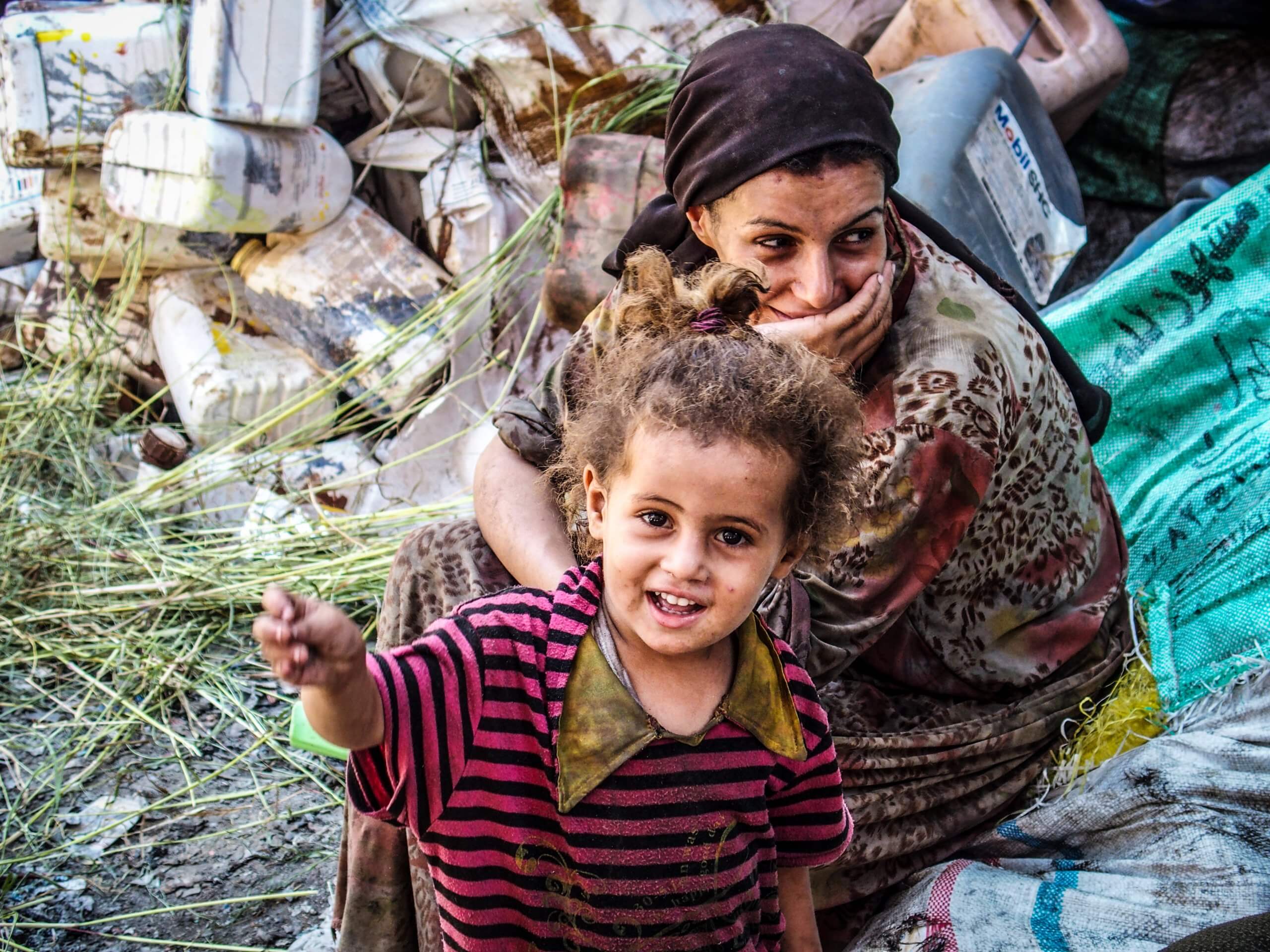 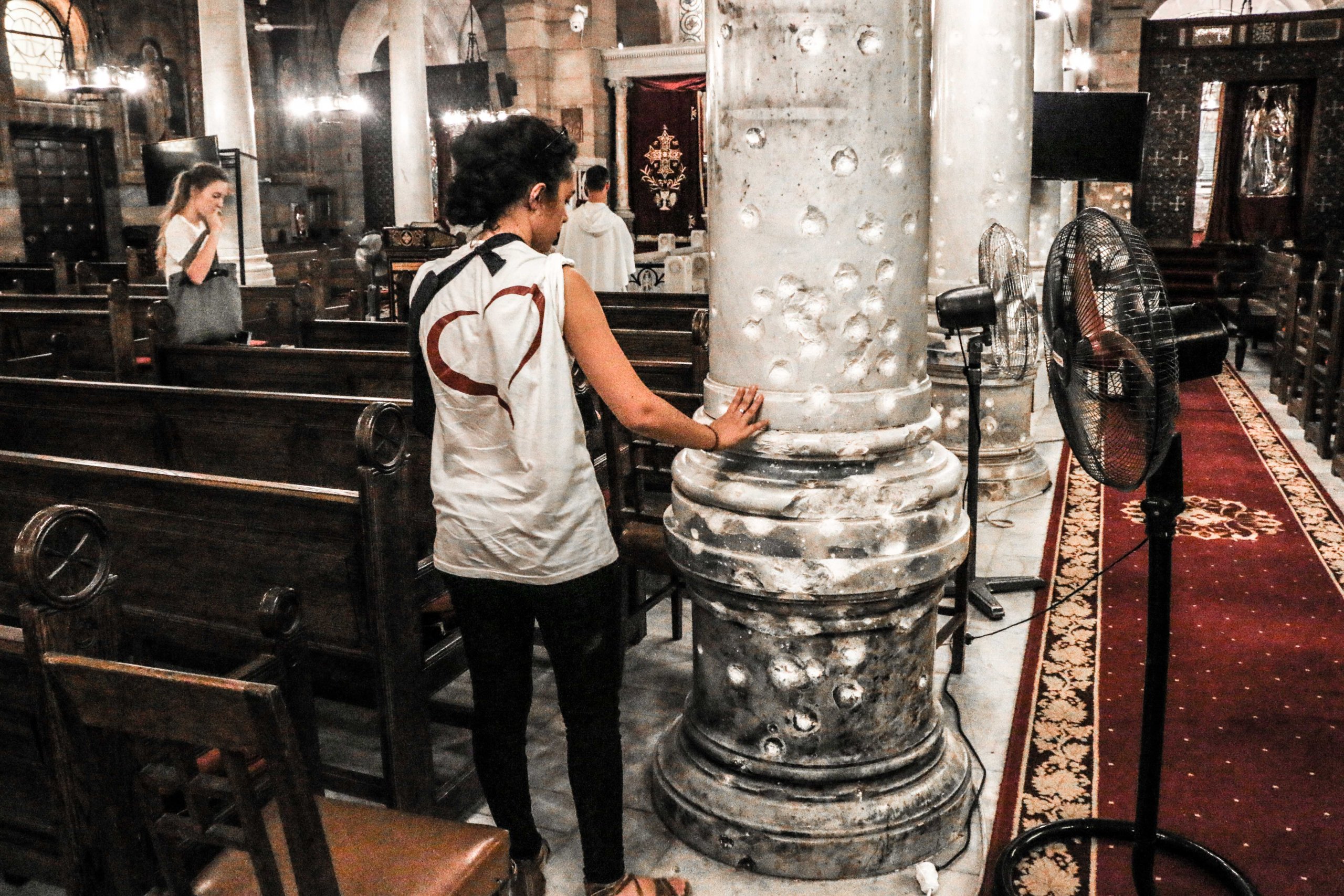 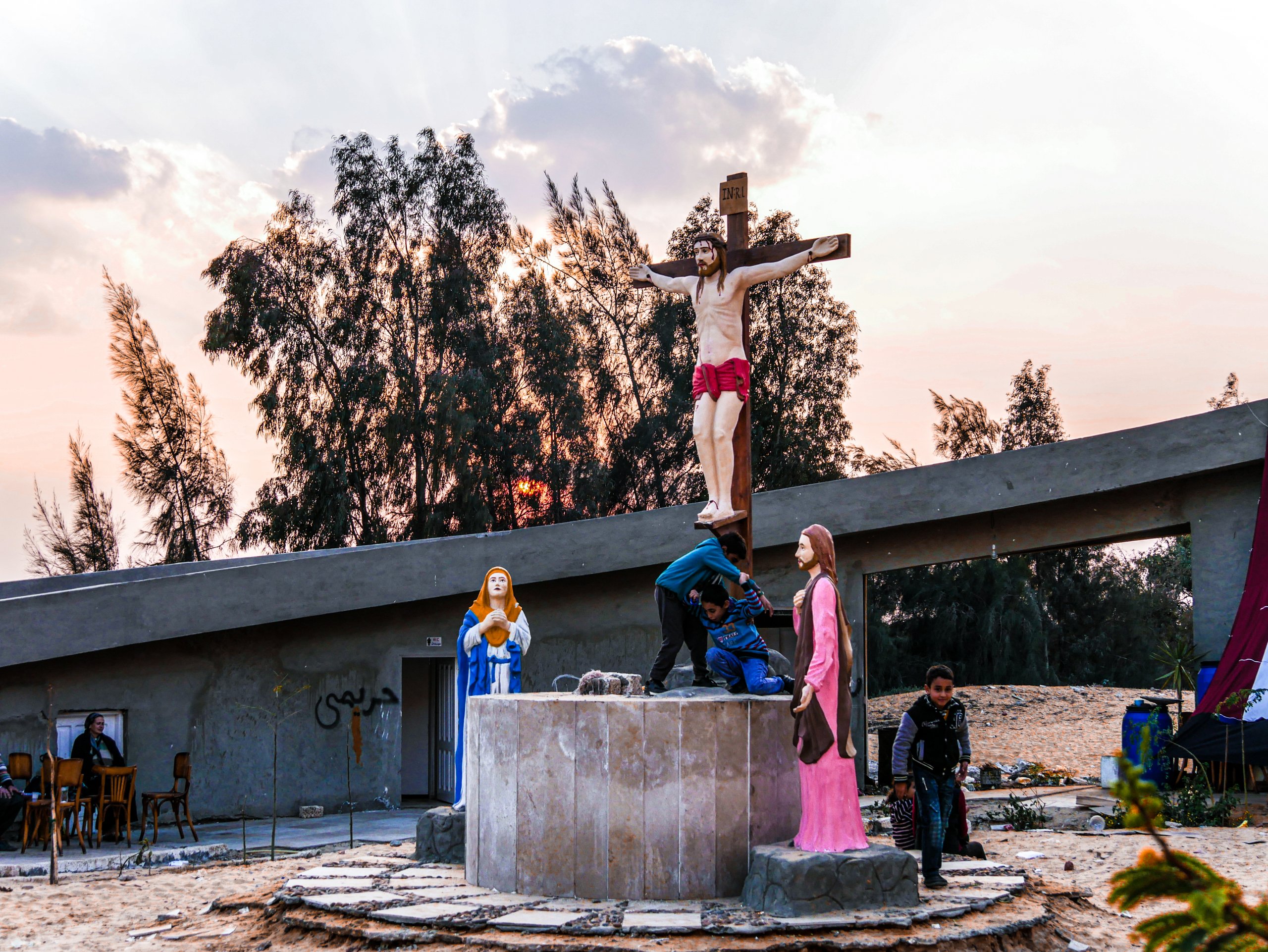 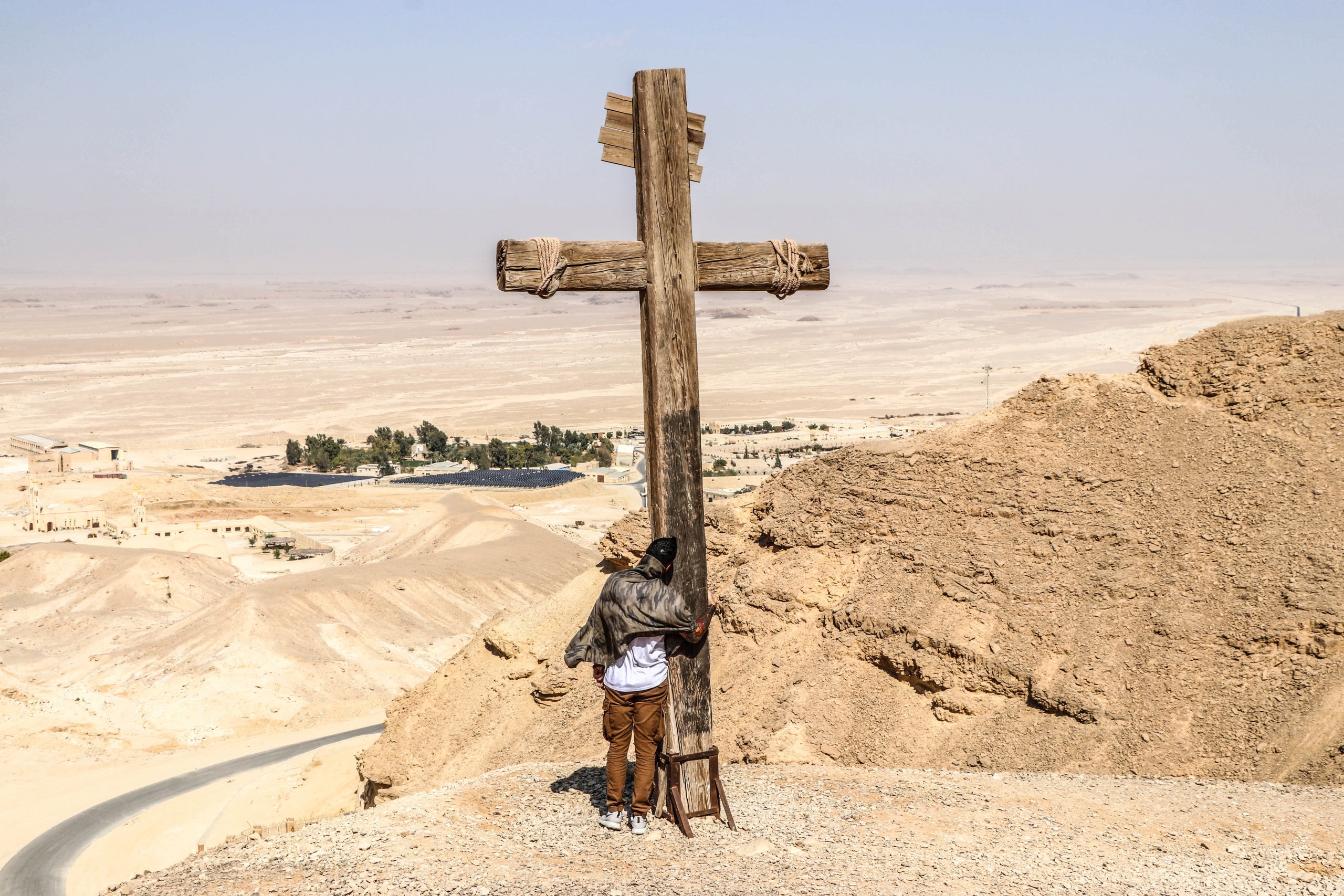 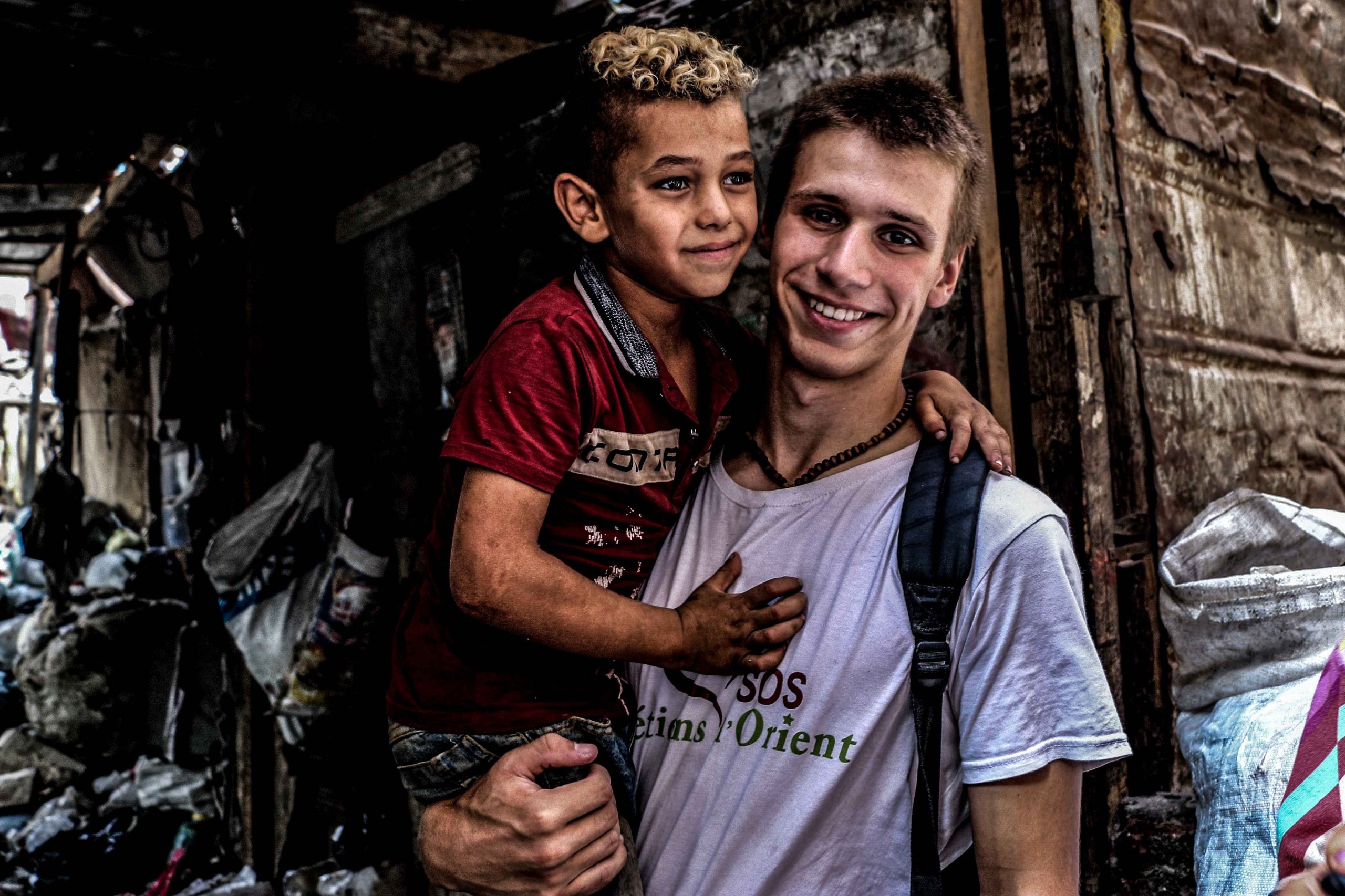 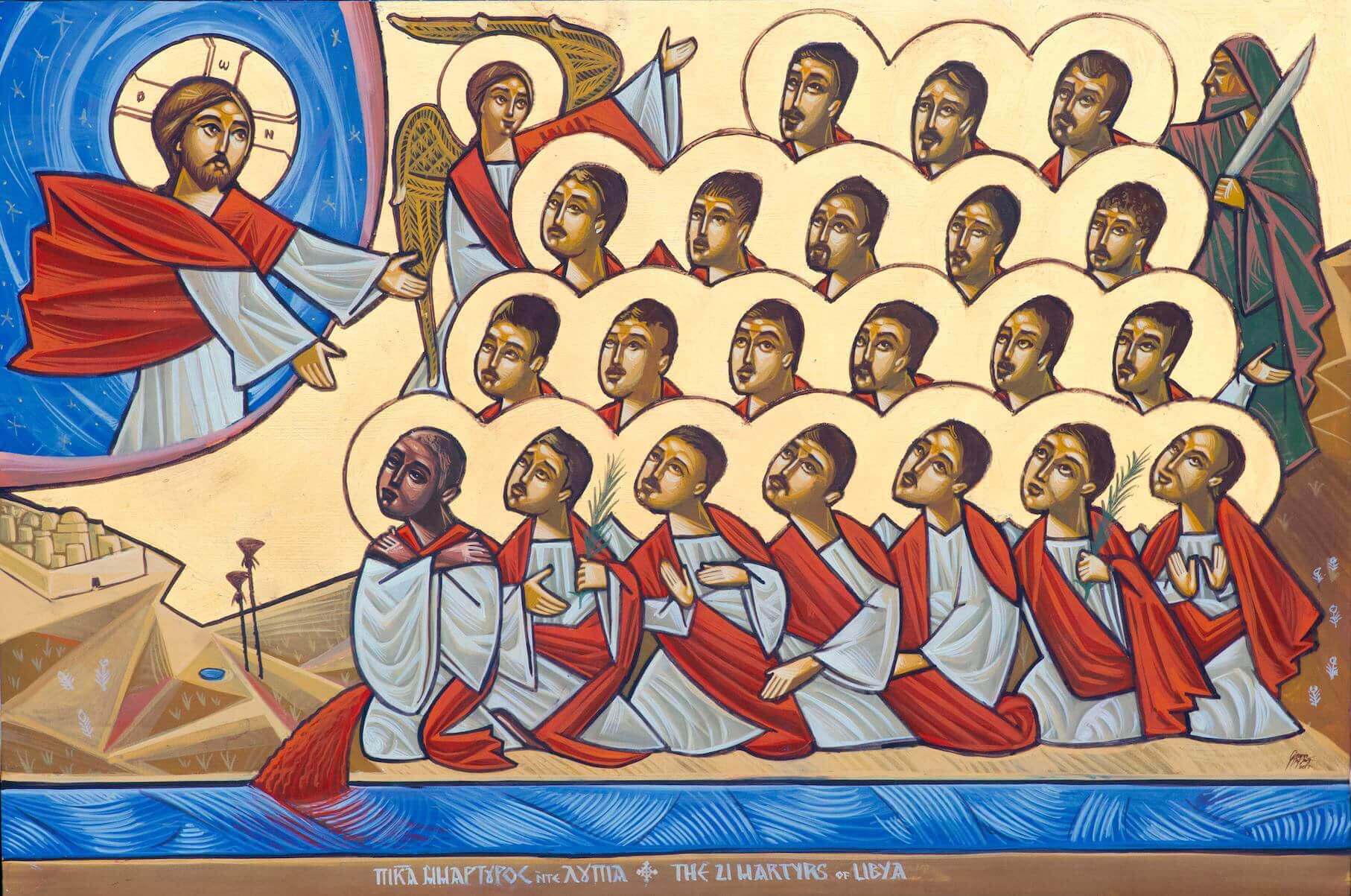 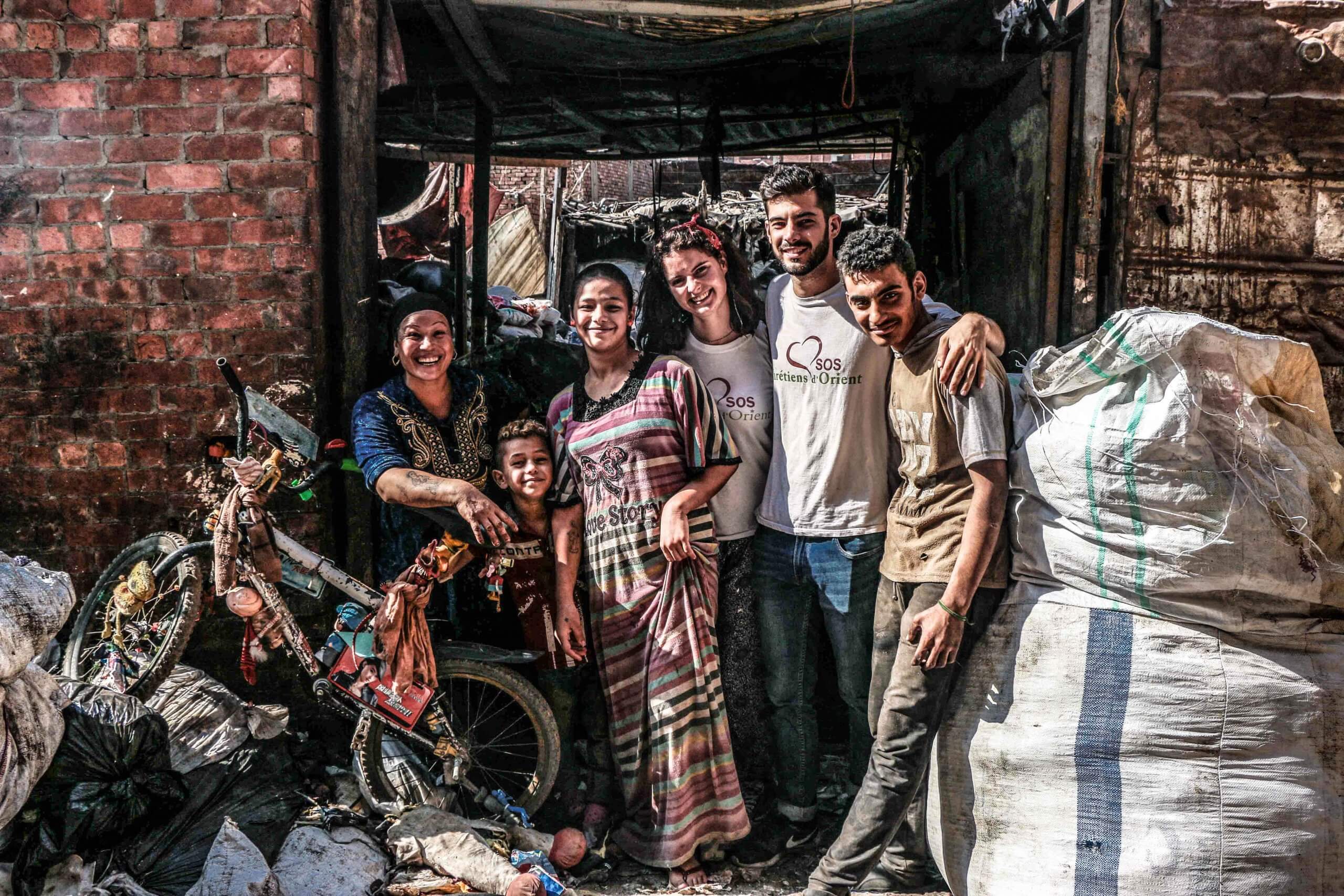 08/2018
After Cairo, the volunteers begin their mission in Alexandria and Anaphora 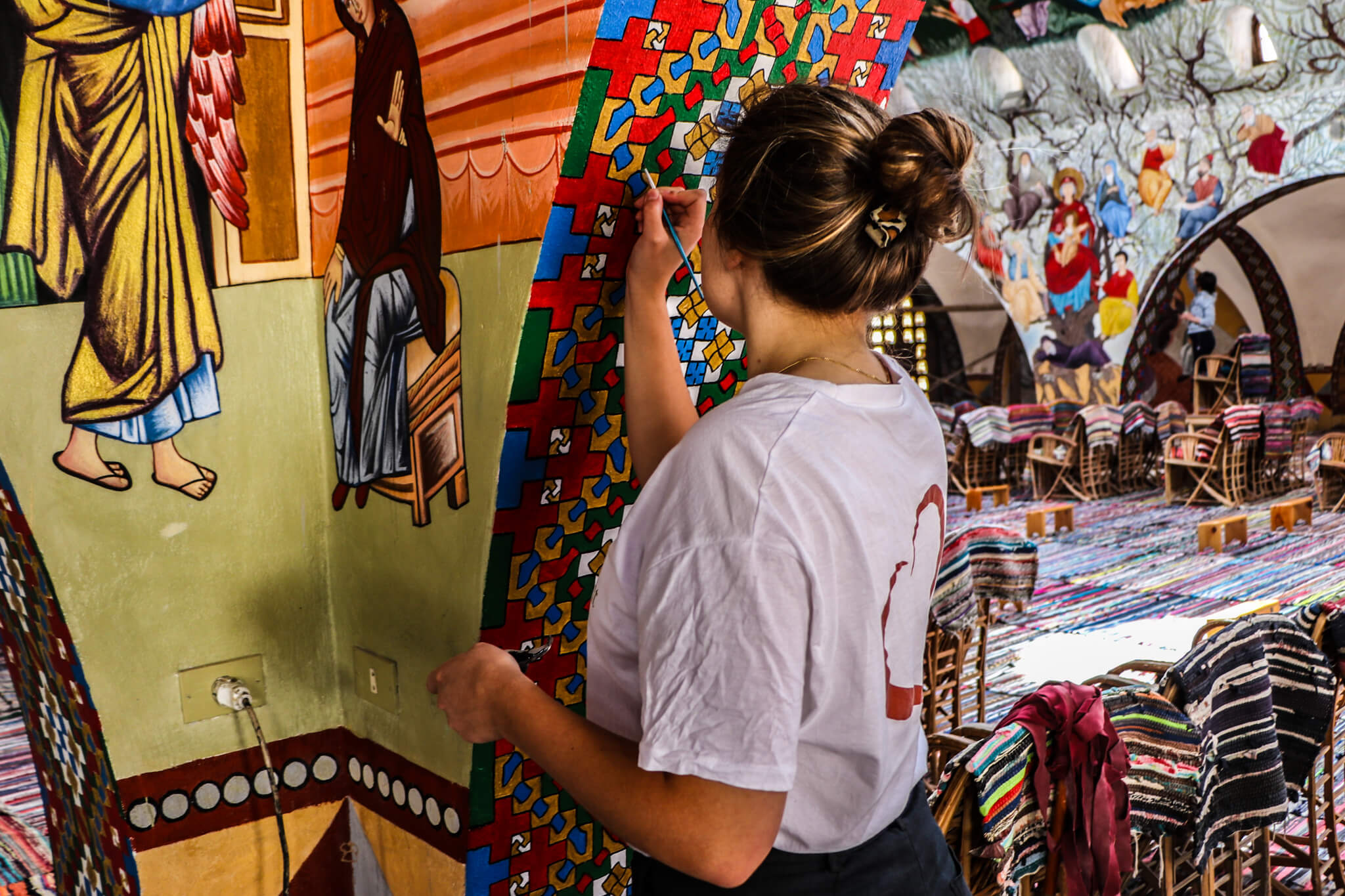 11/2018
Another attack on a bus carrying Coptic faithful to the monastery of Saint Samuel. Death toll: 7 dead and 14 injured 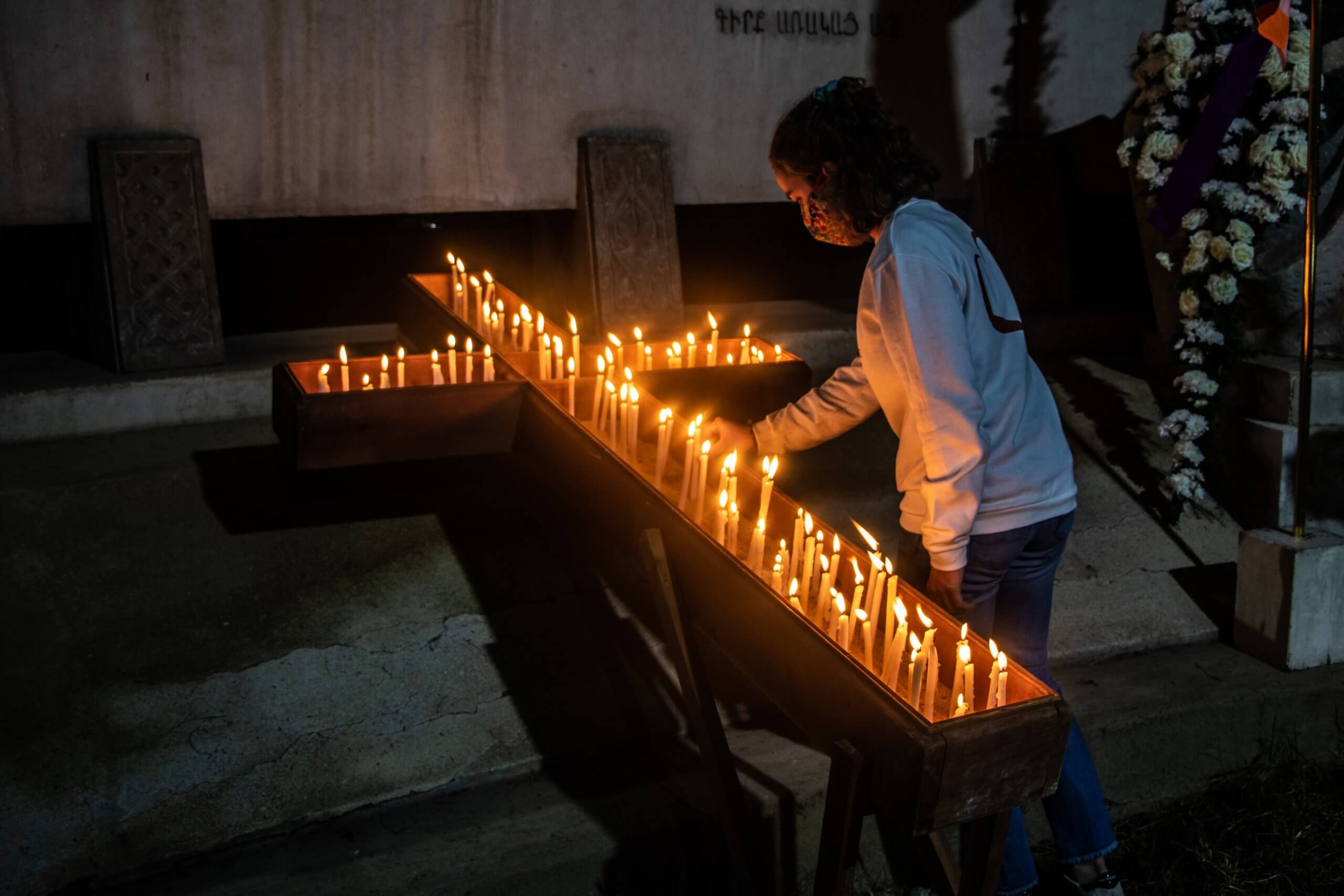 11/2018
Launch of micro-credits for Copts in Cairo 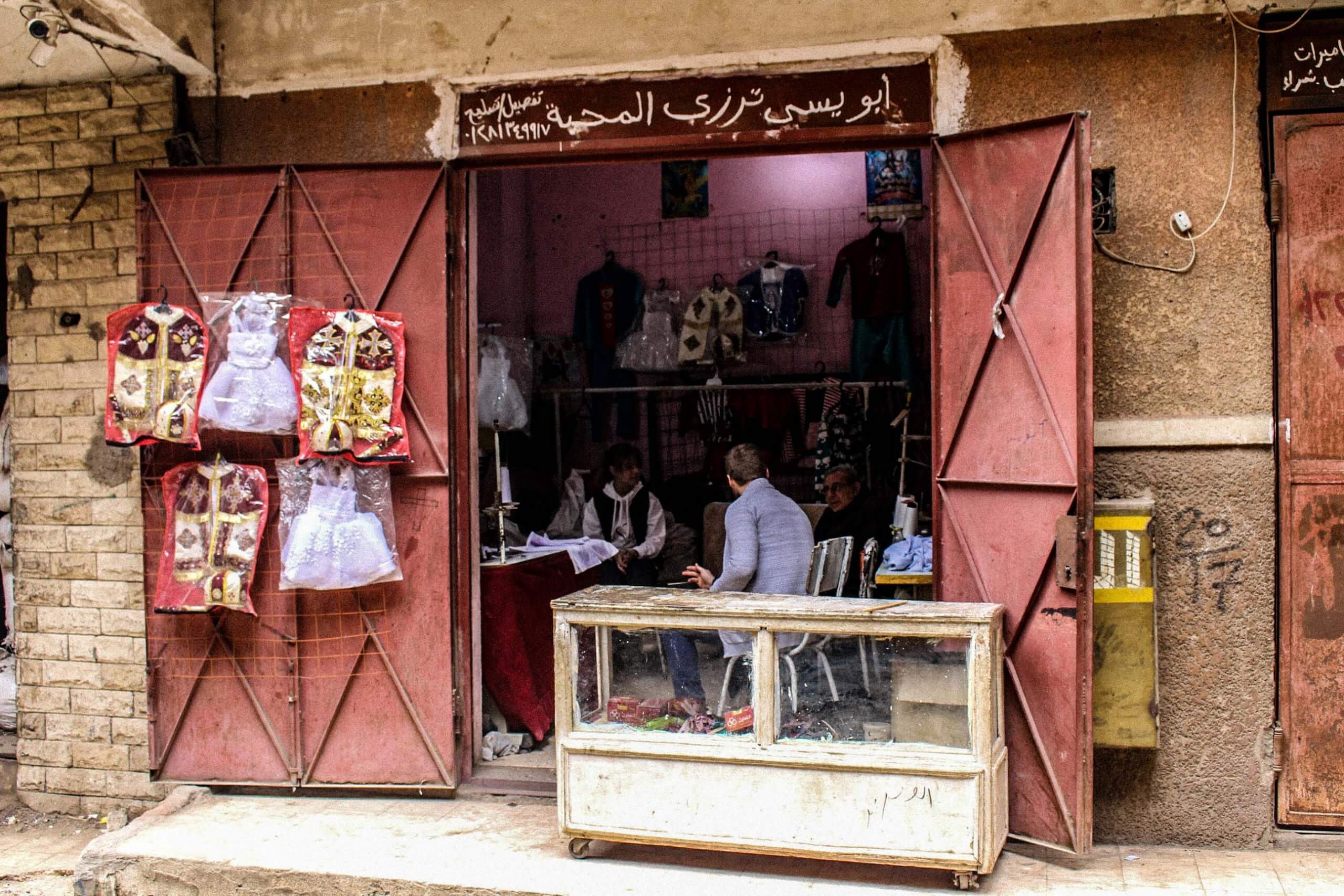 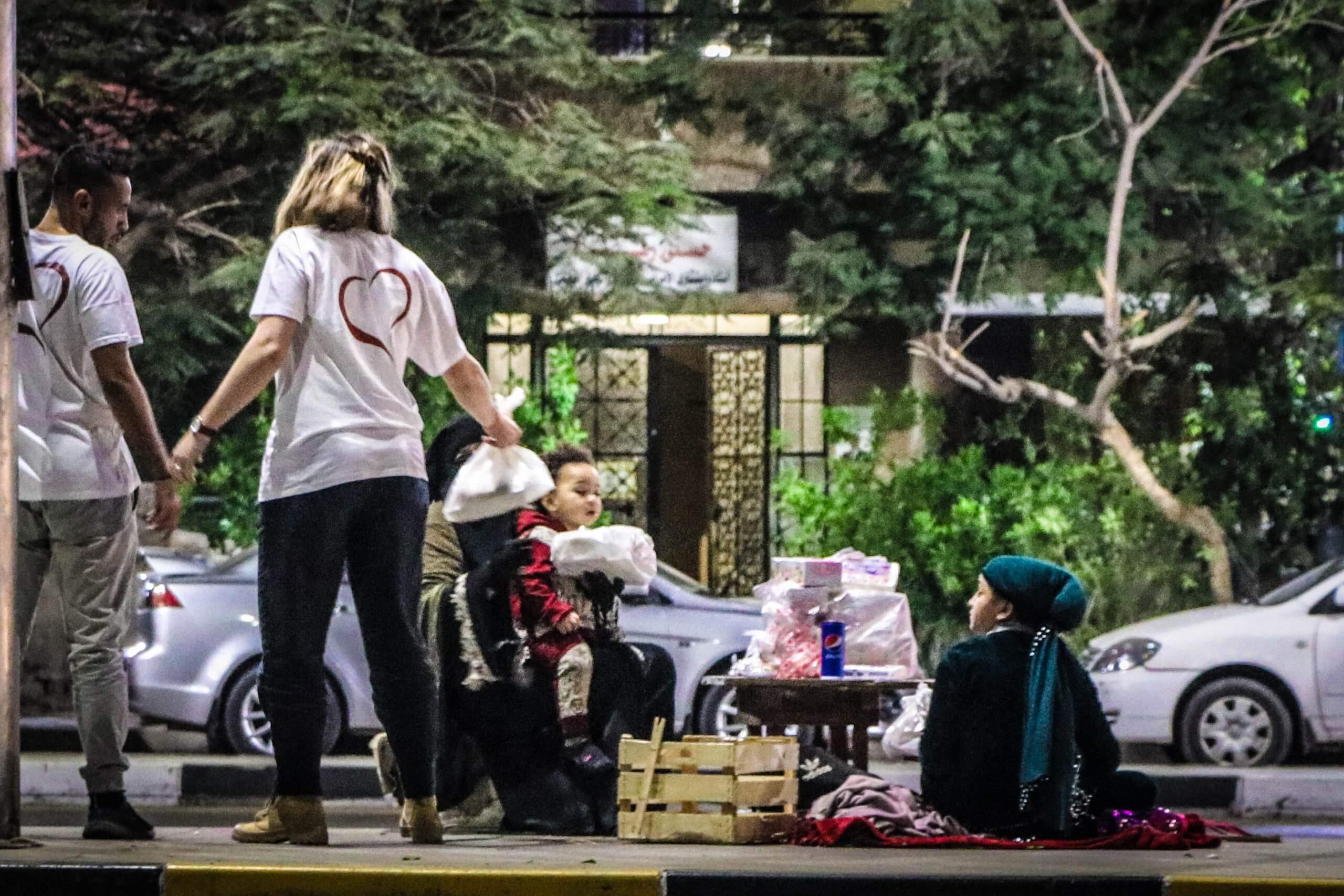 03/2020
The slum of 15 May is devastated by a natural disaster. An emergency team is dispatched to the site 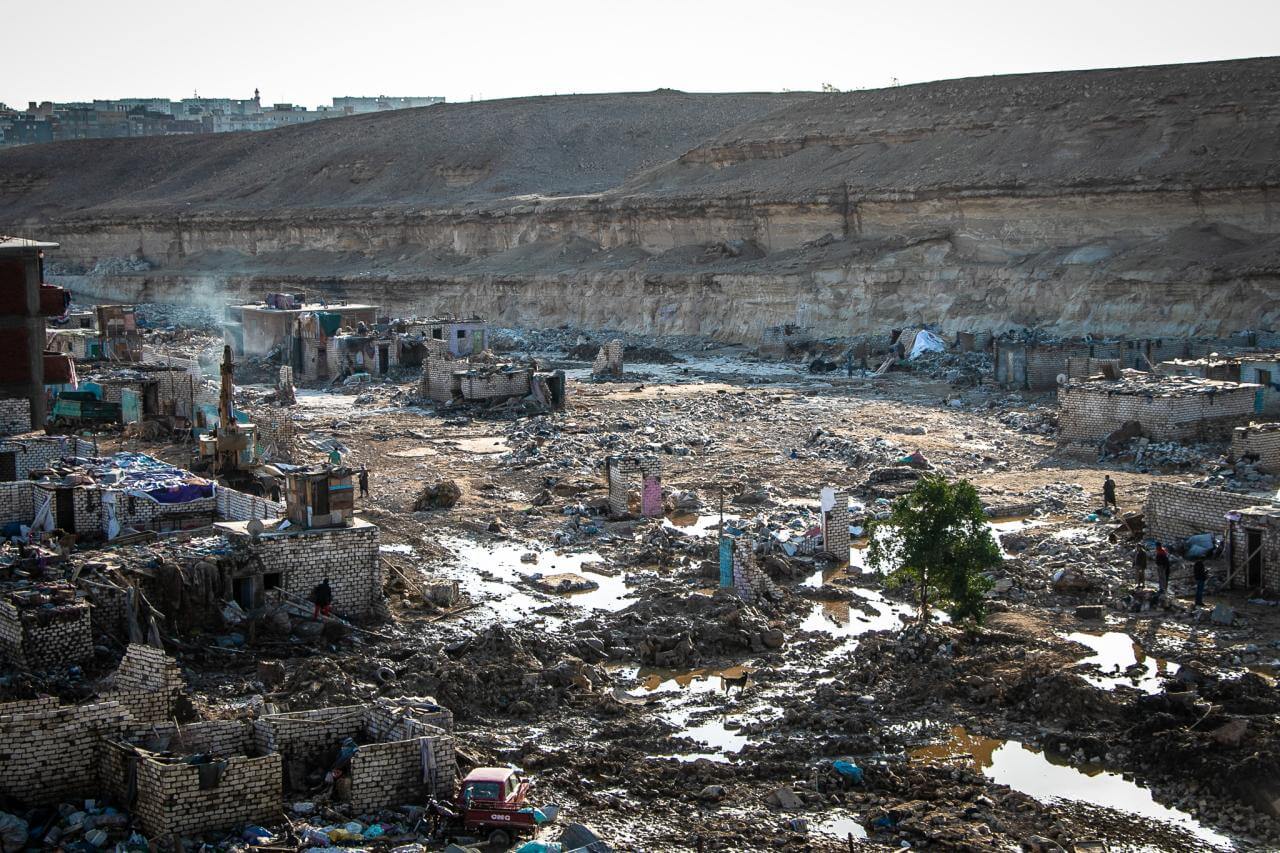 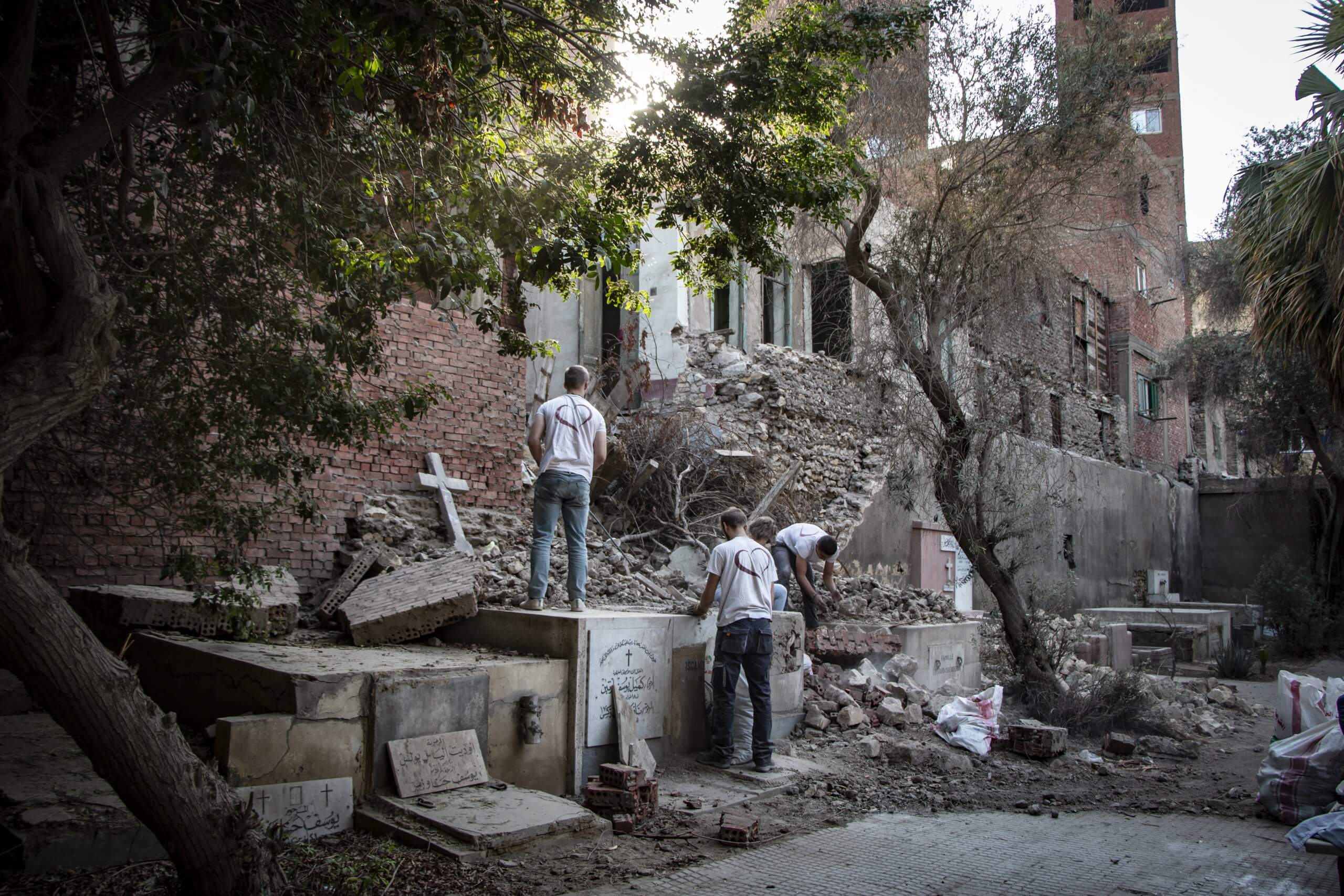 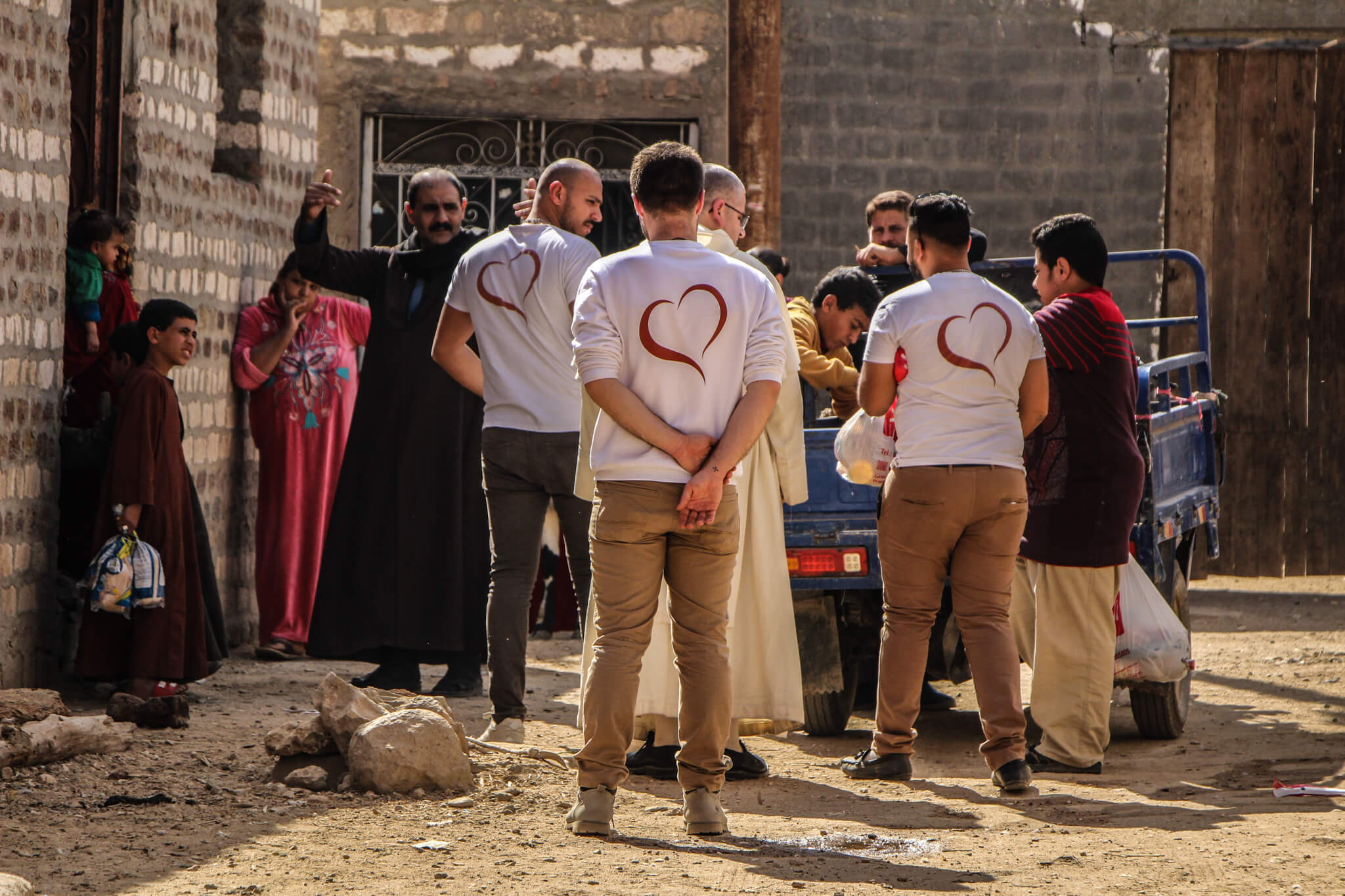 02/2021
Launch of activities in Deir Rifa, a village in Upper Egypt 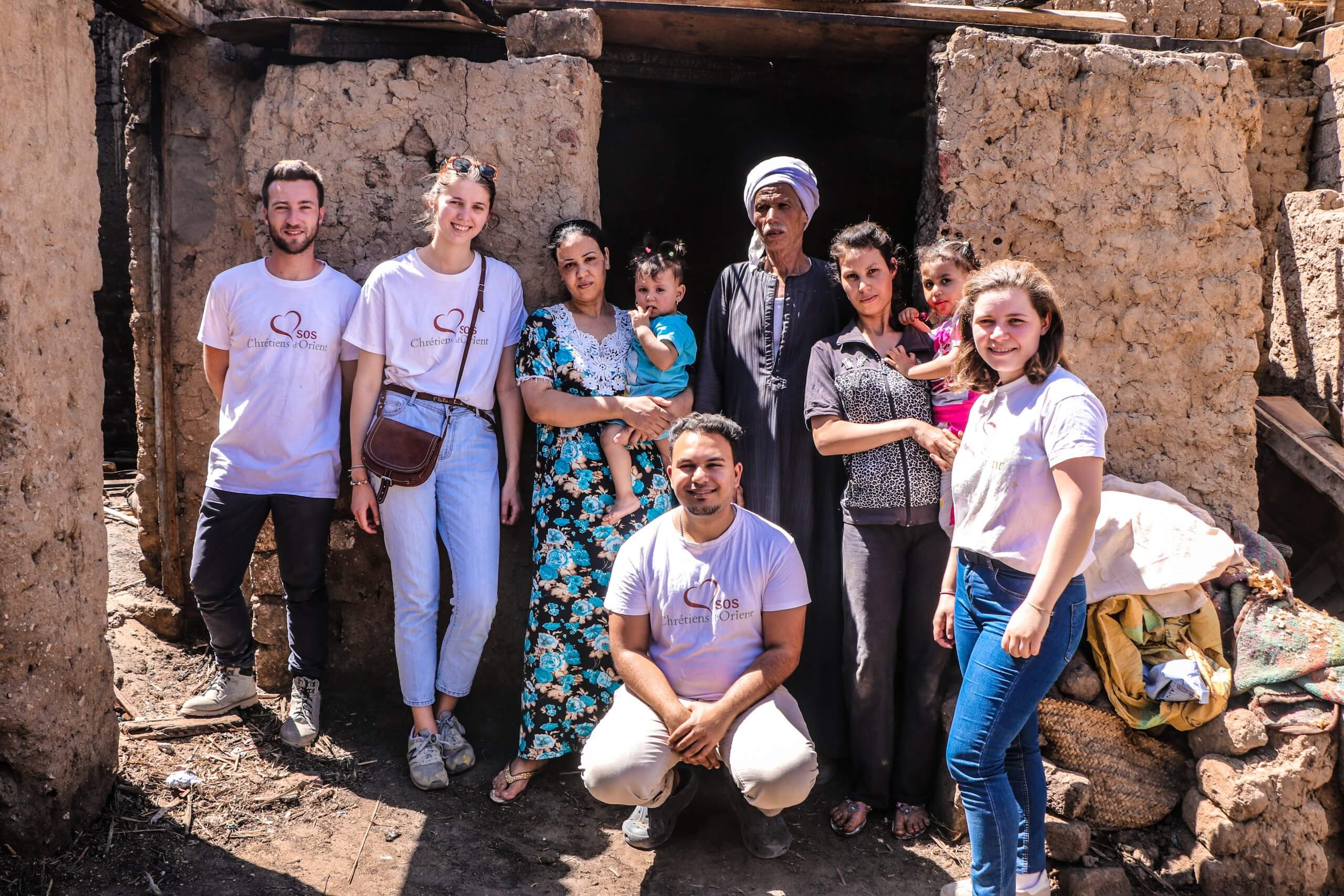 EGYPT THROUGH THE EYES OF PHOTOGRAPHERS

Faith, if it is not put into practice, is dead" says Saint James... putting faith into practice, in the service of the smallest of our brothers, in this country where faith moves mountains, that is what motivates me!
Jérémy ConvertHead of mission in Egypt 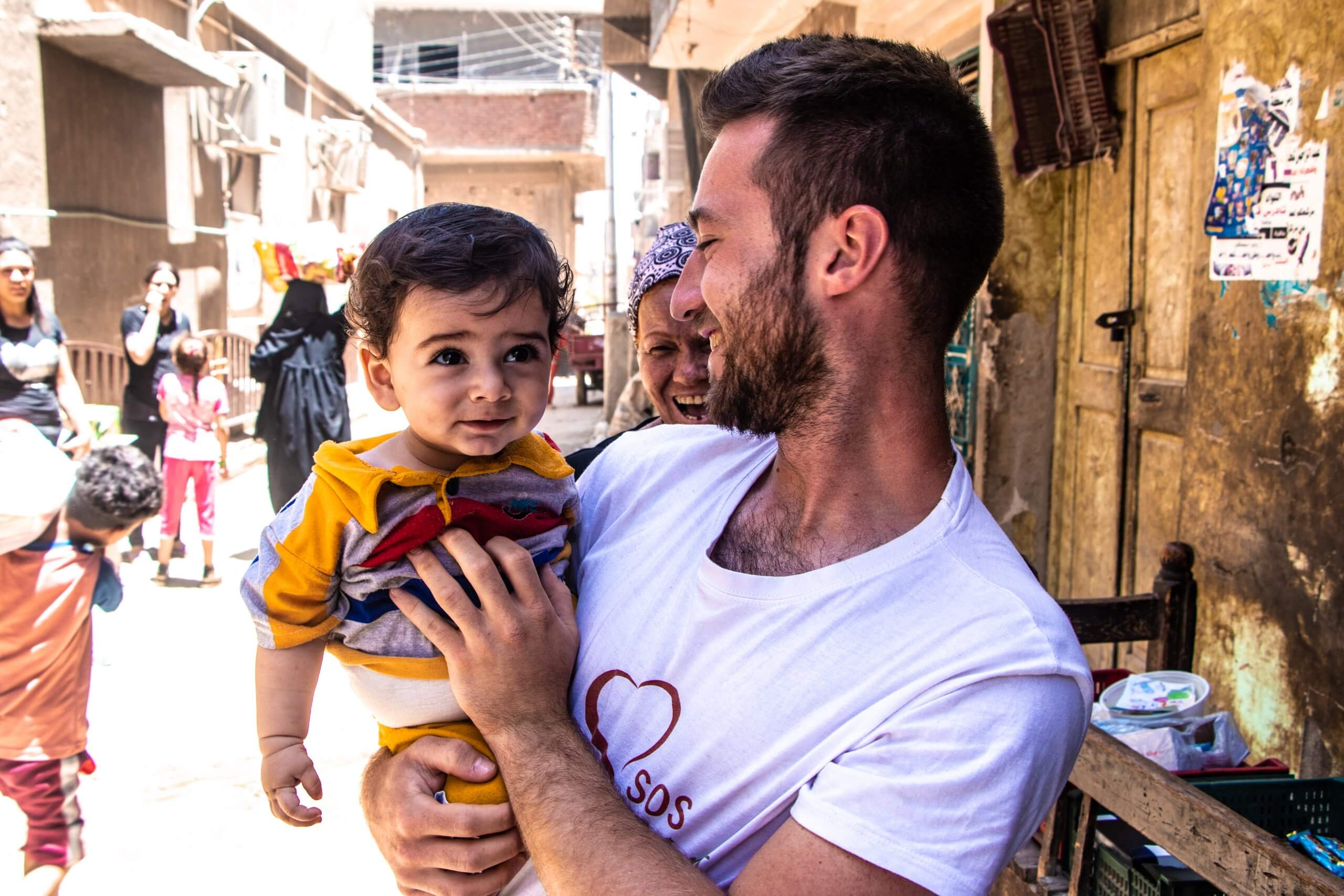 Build a hospital in a slum

Feeding the sons of the first Christians in Egypt