Christians have been present in Jordan since the first century. As early as 2012, at the beginning of the war in Syria, Syrian refugees arrived en masse.

When Daesh captured the Nineveh Plain in 2014, hundreds of thousands of Iraqi Christians fled to Erbil, capital of Iraqi Kurdistan, or went into exile in Jordan. An endless stream of refugees quickly jeopardised the fragile balance of the Hashemite Kingdom. In 2015, Syrian refugees represent 20% of the population. The economic and social pressure on the entire country is such that in September 2015, King Abdullah II is forced to implore the help of the United Nations General Assembly.

Many of the refugees, often from Mosul or Qaraqosh, have suffered psychological and physical abuse. Faced with so much distress, SOS Chrétiens d’Orient decided to put itself at the service of the refugees on the spot.

After a first reconnaissance mission in Amman in April 2015, the association set up a permanent presence with a small team in August.

In the working-class districts of the capital, 12,000 Christian refugees live mostly in deserted flats, with little or no furniture. They have lost their bearings, their possessions and sometimes family members.

In collaboration with the priests of the Latin Patriarchate of Jerusalem and representatives of the Chaldean, Greek Catholic and Armenian Churches, the volunteers visit the most isolated families and meet their needs in terms of food, health and daily life, in order to fight against the inactivity of refugees of all ages.

They organise activities and schooling for the children, and devise various activities for the adults: cooking classes, French classes, board games, gardening, etc. Our teams intervene in the poor Christian neighbourhoods of Amman, where many Iraqi refugees are concentrated, but also in Smakieh or in the Beit Mariam home for young girls in difficulty.

Finally, the association invests in the economic development of Smakieh, the last Christian village in Jordan, by financing a water purification station, a cheese-making unit, a hairdressing salon… The association also finances a pig farm and the installation of fences for olive groves.

Since 2018, the association has developed a new method of work and aid in Jordan. The mission is now managed directly by the director of operations, who visits the country regularly to supervise the activities of the local managers and monitor the projects on site. 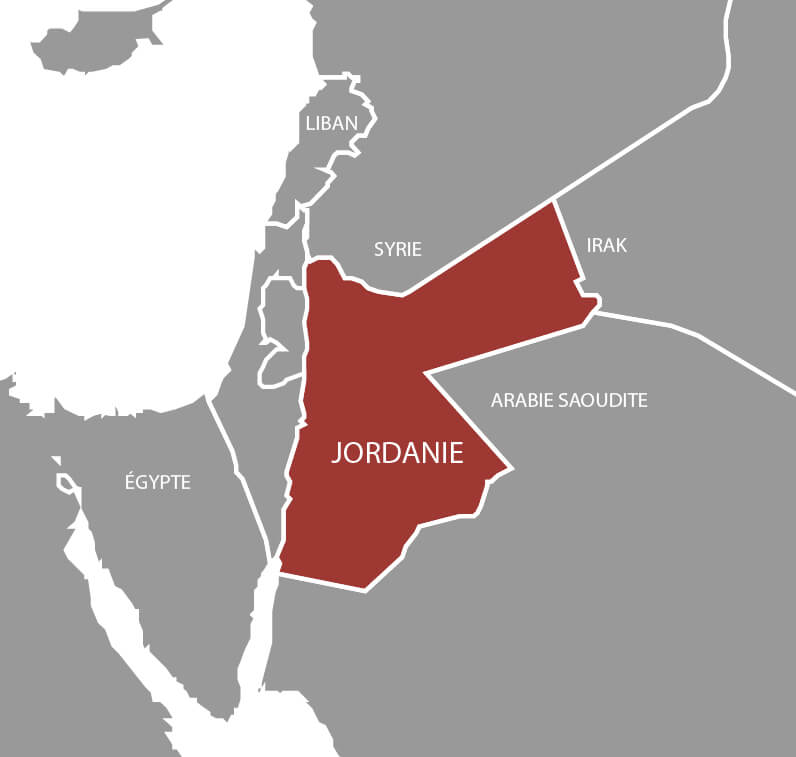 VOLUNTEER WITH US
IN JORDAN
I want to become a volunteer

JORDAN THROUGH THE EYES OF PHOTOGRAPHERS

After a first departure with SOSCO in Lebanon at the end of 2014, I was lucky enough to be able to go on mission three more times to Syria. I discovered a region and a cause that deserve to be supported. Maintaining my involvement with SOSCO seemed obvious to me.
Pierre-Augustin Guillermet Head of mission in Jordan